Background/Purpose: Statins have pleiotropic effects felt to influence in their beneficial cardiovascular effects.  These include increased nitric oxide production and improved endothelial function, modulation of inflammation, and inhibition of overproduction of matrix components.  Prior studies have been conflicting regarding the efficacy of statin therapy for Raynaud phenomenon (RP) in systemic sclerosis (SSc).  However, these studies enrolled patients of wide disease duration and likely advanced vasculopathy.  We hypothesized that there may be a window of opportunity; statin use in the early disease stages may benefit microvascular endothelial function and improve RP symptoms.

Results: Twenty-four patients were randomized.  One patient was diagnosed with pulmonary hypertension and withdrawn before 16 weeks. Baseline characteristics are in Table 1.  Although randomized, the atorvastatin group had significantly lower RHI scores (worse endothelial function) and higher RCS and RP-VAS scores, suggesting overall worse peripheral vascular disease.  In those treated with atorvastatin, 60% (6/10) improved their RHI, compared to 29% (4/14) in the placebo group (p=0.12).  There was no difference in change in peak FMD% between groups.  The RCS decreased 2 points in the statin group compared to no change in the placebo (p=0.12; Table 2).

Conclusion: The results show a non-significant improvement in microvascular endothelial function measured by EndoPAT and RCS scores with the treatment of atorvastatin.  This is encouraging given the small number of patients enrolled into the trial (original power calculations based on 30 patients) and the random assignment of a statin therapy group with significantly worse endothelial function and RP activity at baseline.  Future studies of statins in early disease should be considered 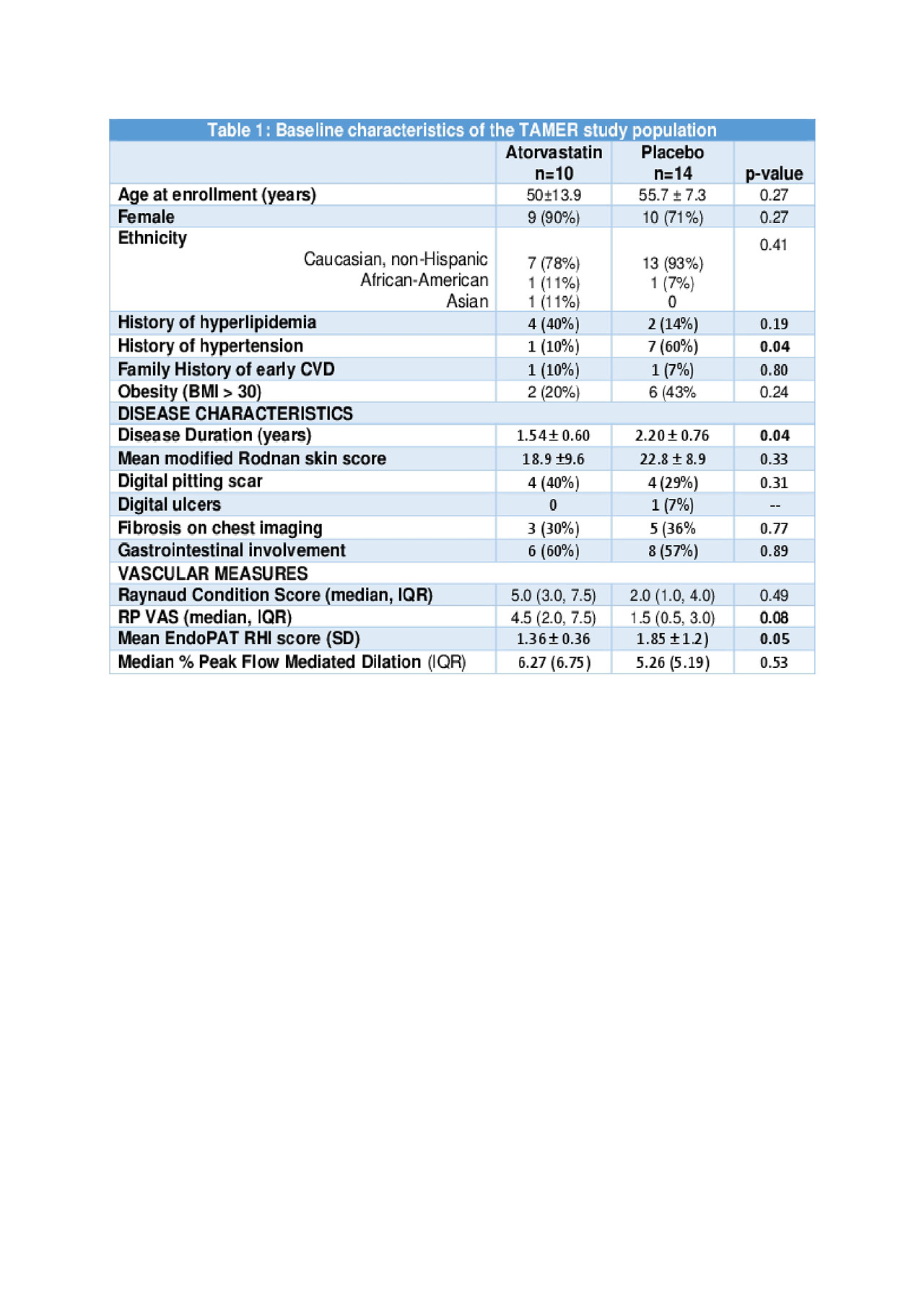