Conclusion: Evidenced-based dietary recommendations for SSc are lacking. This is the first study to examine the relationship between diet, GI symptoms, and GI microbial composition in patients with SSc.  Although this was a small study, the results demonstrate that consuming a low FODMAP diet is not associated with significant alterations GI microbial composition, nor significant improvements in SSc-GI symptoms. Larger, prospective SSc-GI studies are needed to help guide the clinical management of this troubling and understudied dimension of SSc. 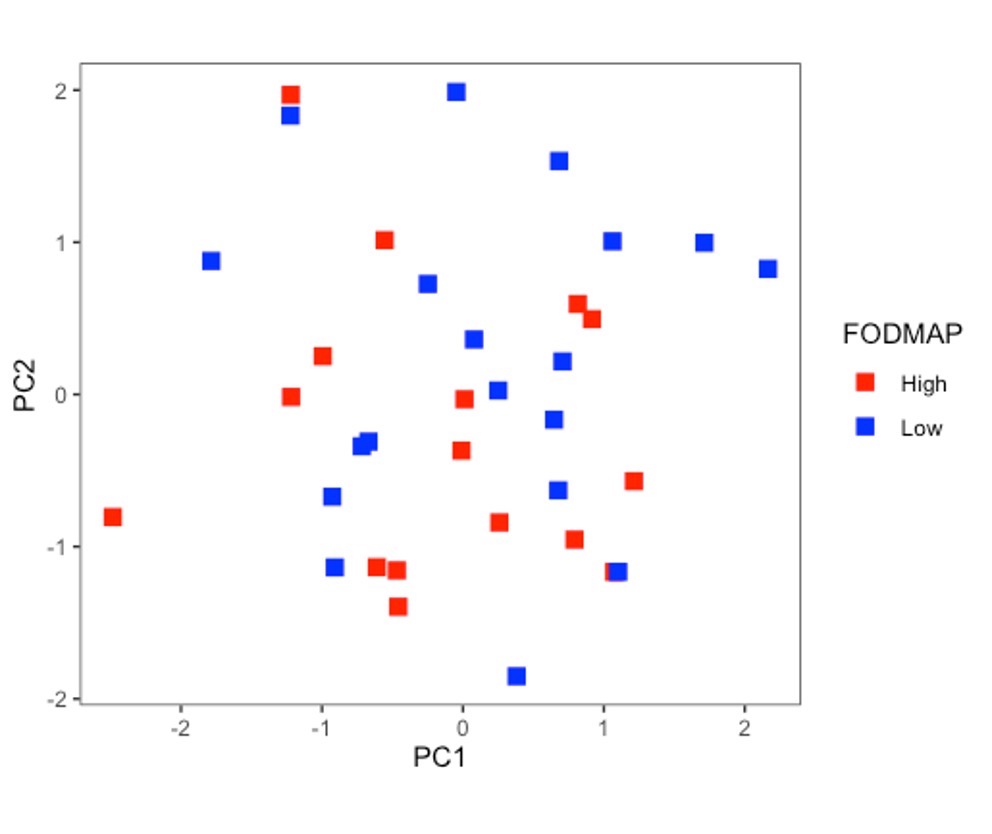 Figure 1. Beta diversity of the High (Red) and Low (blue) FODMAP group patients as demonstrated by principal coordinate analysis plots of the robust Aitchison distance. Each dot represents a patient sample. The P-value (0.264) was calculated by analysis of variance using distance matrices.