Background/Purpose: Biologic Disease-Modifying agents (bDMARDs) including TNF inhibitors are increasingly used during pregnancy over the last few decades for a variety of autoimmune conditions. Nevertheless, limited data is available regarding their safety through pregnancy, particularly in the third trimester. Previous reports of discriminated BCG and severe neonatal neutropenia has made many practitioners defer live-attenuated vaccines from the routine schedule. The international guidelines still recommend holding most TNF inhibitors for several half-lives before delivery, due to the significant levels found in the neonates. Many mothers are advised to adjust the immunization schedule of their infants accordingly.

Recent accumulating data from IBD in pregnancy started to support the safety of infliximab use throughout pregnancy. Due to the paucity of data in this regard, we have planned this study.

Methods: We surveyed the electronic records of two registries from the IBD and Rheumatology clinics at the largest tertiary hospital in Qatar. We included all women who completed their pregnancies on biologics (minimum of 3 months of biologic use during pregnancy). Cases of abortion, IUFD, and neonatal death were excluded. We have analyzed the clinical data of infants who were 6 months of age or older. Data were recorded in a pre-specified datasheet. Then we ran a descriptive analysis using SPSS software.

Results: Since 2017, we identified 30 completed pregnancies on TNF blockers. Out of these, twenty-five infants were more than 6 months of age.

Conclusion: We have identified high rate of infants who received live-attenuated vaccines per the national immunization program without complications. This observation was also associated with high rate of maternal TNF inhibitor use throughout pregnancy. No alarming concern about repeated infections reported in this study. 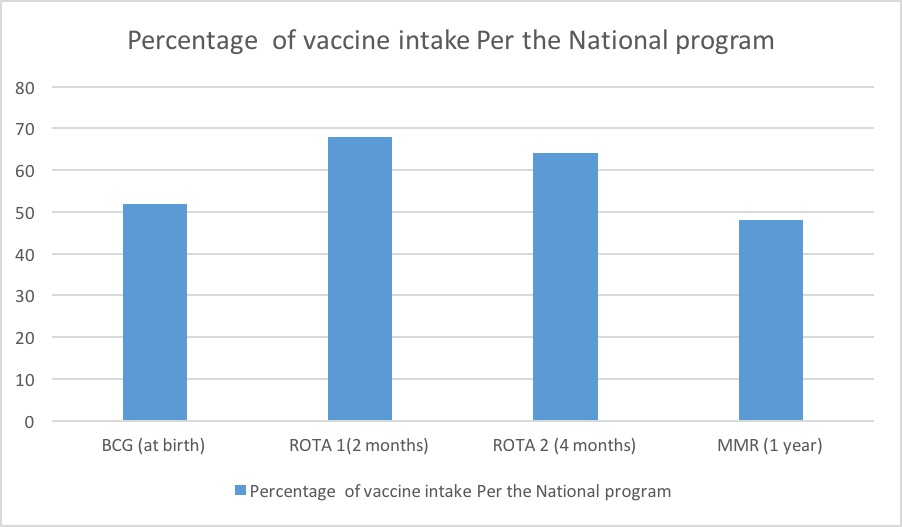