Methods: A retrospective study was conducted in a total of 119 cases who were treated with TNF-a blockers for 21 months (85 patients with one TNF-a blocker and 17 patients with two). Patients were evaluated at baseline, after three months of TNF-a blockers, and then every six months. Clinical efficacy was evaluated using Bath Ankylosing Spondylitis Disease Activity Index (BASDAI), Bath Ankylosing Spondylitis Functional Index (BASFI), ASAS20, ASAS40, ASAS5/6, BASDAI50, and acute phase reactants (ESR and CRP). Metrology outcome was assessed by BASMI and chest expansion. Primary resistance was defined as a failure of improvement of at least 20% or of absolute improvement at least two units in BASDAI scores at month 3. Kaplan-Meier (KM) survival curves were plotted to determine the rates of continuation of TNF-a blockers (drug survival). 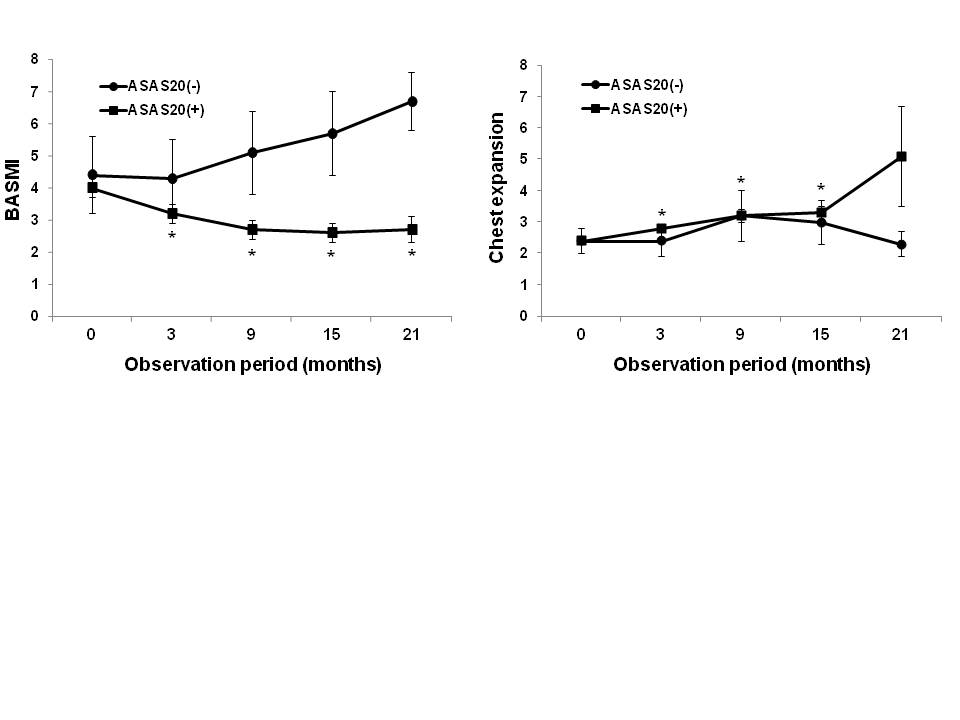