Background/Purpose: Greater emphasis has been placed on cost saving measures due to ballooning healthcare cost in the U.S.  ACGME now evaluates trainee ability to practice cost conscious care through the systems based practice competency.  In the rheumatology clinic at Walter Reed National Military Medical Center (WRNMMC), we observed inappropriate ordering of the so called “lupus panel.”  The “lupus panel” lab is better known as the lupus anticoagulant test (LAC), which may be associated with the antiphospholipid syndrome (APS) and its clinical features of thromboembolic events and recurrent pregnancy loss.  We suspected the misleading name led physicians to order the “lupus panel” to screen for systemic lupus erythematosus (SLE) rather than to evaluate for APS.  We retroactively evaluated the rate and cost of inappropriate ordering of the “lupus panel” and found thousands of dollars spent annually on inappropriate ordering.  The lab name was changed from “lupus panel” to “lupus anticoagulation panel” based on our recommendation.  We then set out to evaluate a change in ordering pattern and resulting cost over a three month period.

Methods: Results of the “Lupus Panel” from 1 January 2015 – 31 December 2015 were collected.  The rationale for ordering each test was analyzed in the EMR by two rheumatologists.  The test was considered inappropriate if it was ordered for anything other than thrombophilia, initial SLE evaluation by a rheumatologist, or pregnancy loss.  The name of the lab was changed to “Lupus Anticoagulant Panel” on 1 April 2018. The ordering pattern from 1 April 2018 – 30 June 2018 was similarly evaluated. The lab processing cost, excluding labor, was estimated by our lab manager. Fisher’s exact test was utilized to evaluate the association between lab name and ordering pattern.

Conclusion: Inappropriate ordering of the “lupus panel” cost WRNMMC approximately $4,722.68 in lab processing for the calendar year 2015.  Changing the name of the lab to better describe the test yielded a significant reduction in the percentage of inappropriate lab tests (37% vs 22.6%, p=0.0318) and reduced annual and monthly cost by approximately $2,949.20 and $245.77, respectively. 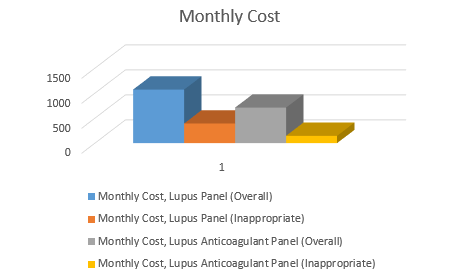 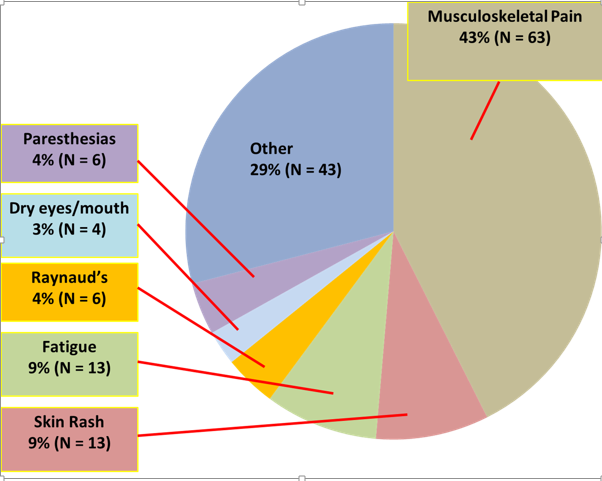 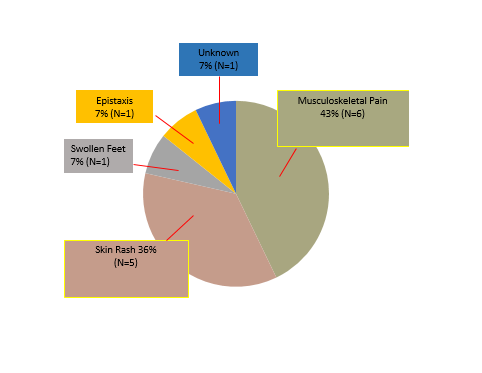