Background/Purpose: Defects of regulatory T cell (Tregs) mainly contribute to loss of tolerance to self-antigen which is significantly implicated in the pathogenesis of systemic lupus erythematosus (SLE). We investigated proportion of Tregs in the peripheral blood mononuclear cells (PBMCs) of patients with SLE and differentiation difference of induced Tregs in vitro under the presence or absence of endoplasmic reticulum (ER) stress, which is one of the causal factors triggering lupus flares, compared with that of healthy controls (HCs).

Methods: We isolated the PBMCs of 26 SLE patients and 26 HCs (Table 1). The percentage of CD4+CD25+FoxP3+ Tregs was analyzed using flow cytometry. The PBMCs were incubated with anti-CD3/CD28 beads, supplemented with transforming growth factor-¥â and interleukin-2 to induce differentiation of Tregs, with or without tunicamycin for 24 hours.

Figure 1. Increased proportion and incremental difference of Induced Tregs in vitro with and without ER stress 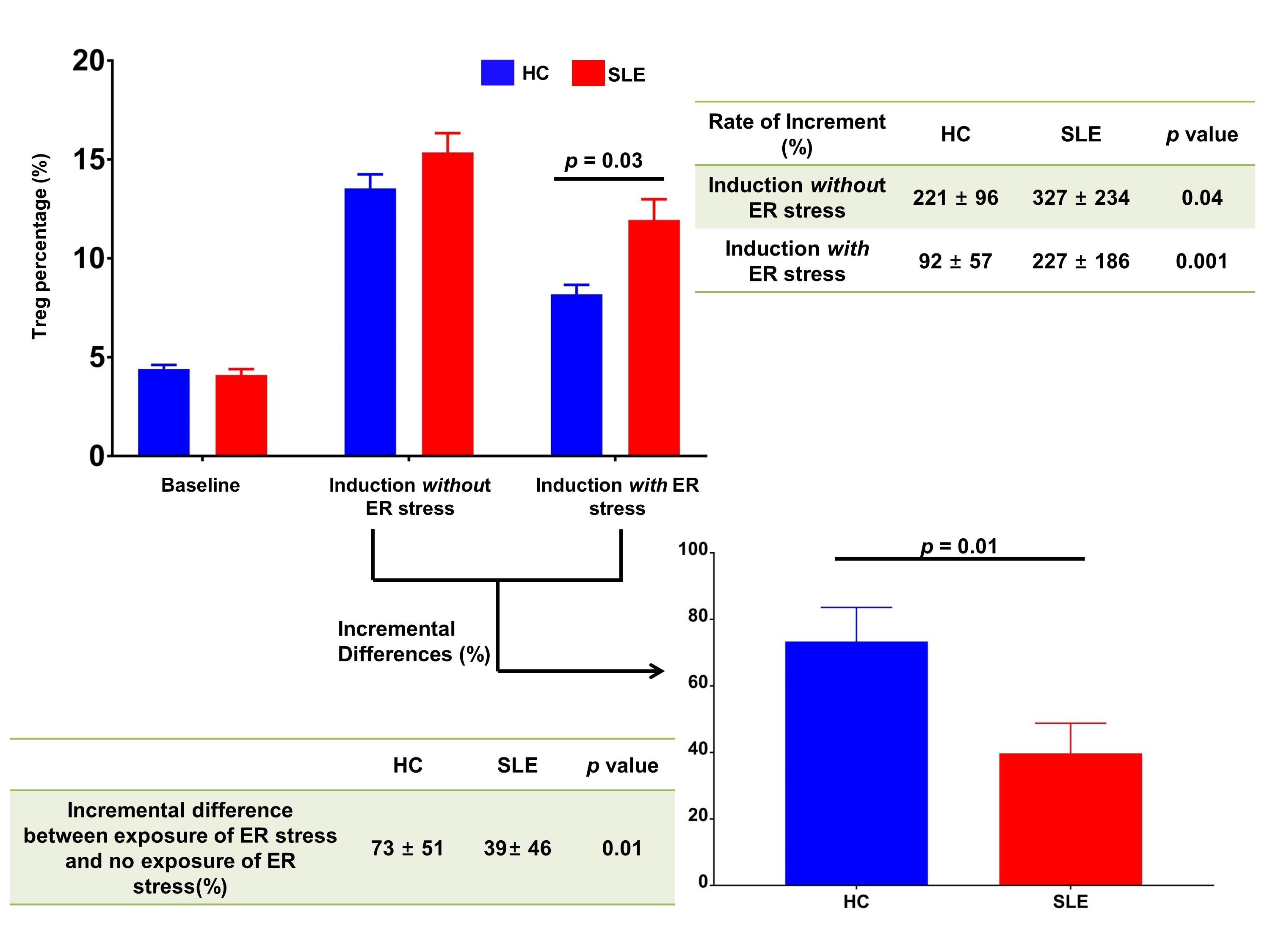