To our knowledge, this is the first study that has described the epidemiological analyses of HP in the whole population of AAV. We conclude that the epidemiological features of AAV patients with HP are different from those of patients without HP. The geographical studies of AAV indicated that the predominance of microscopic polyangiitis and MPO-ANCA positivity as epidemiologically specific to Japan, whereas GPA and PR3-ANCA positivity are dominant in European countries. However, the epidemiology of patients with HP is similar to that of patients in European countries. In addition, HP impacts the diagnosis of AAV because it could be an initial clinical sign of disease as well as associated with frequent existence of granulomatous lesions in the respiratory tract. 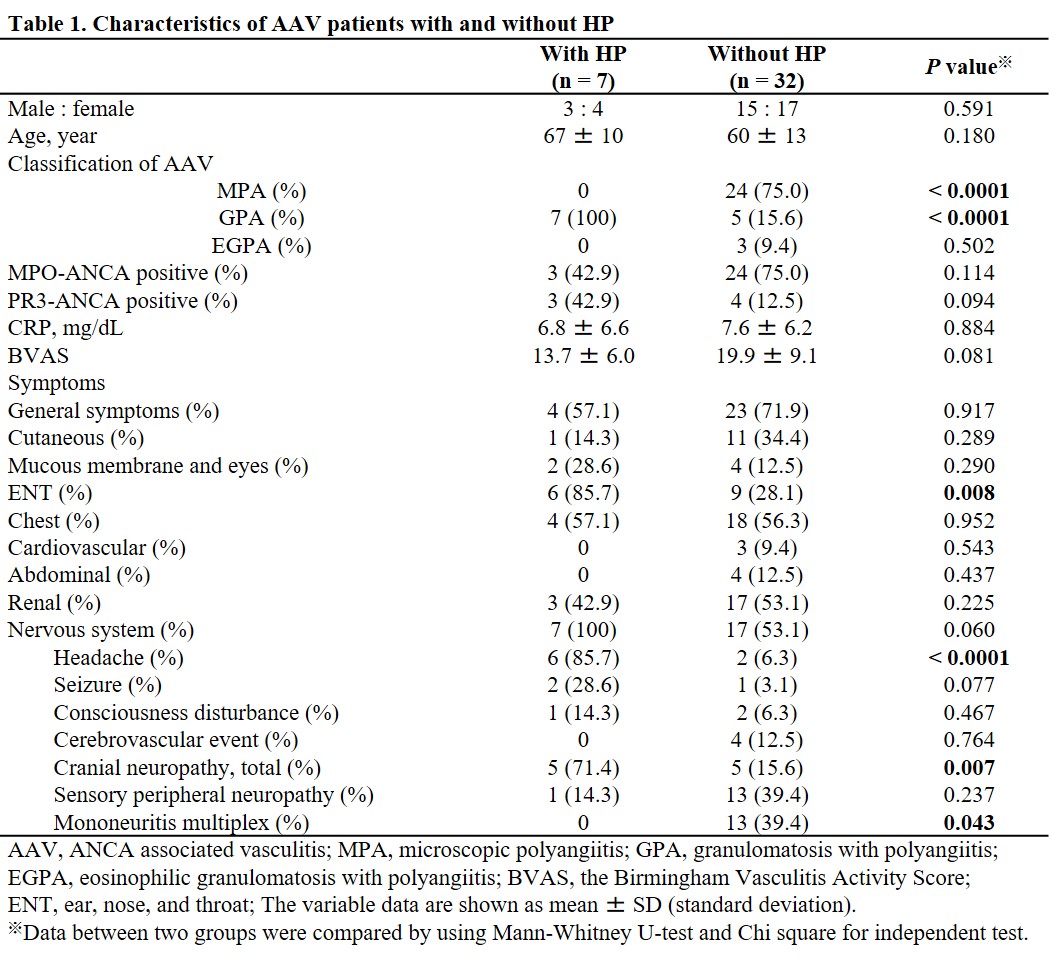