Background/Purpose: Systemic lupus erythematosus (SLE) is a disease involves the complex interplay of many genes, reflected in more than one hundred loci linked with disease risk by genome-wide association studies (GWAS). Decoding GWAS is, therefore, a promising strategy to identify novel drug targets in SLE. However, most of the identified disease-associated hits are noncoding single-nucleotide polymorphisms (SNPs), and cannot be distinguished from others that reside incidentally within risk loci. To address this longstanding challenge of finding the real functional regulatory SNPs (fSNPs) from GWAS hits in SLE, we utilized an unbiased high-throughput screen method to investigate GWAS hits.

Results: Fifty-four candidate fSNPs from 2176 SNPs after three screening methods were found to be possible regulatory variants and tested for regulatory function. After EMSA, 9 SNPs showed allelic specific binding to proteins from both BL2 cells (B cell line) and PBMC nuclear extract. Six out of these 9 SNPs showed allelic differential gene expression in luciferase reporter assay in a B cell line (Daudi). After bioinformatics predictions as well as mass spectrometry for oligo pulldown assay, two fSNPs (rs2297550 and rs9907966) were found to be able to bind to transcriptional factor IKZF1 and YBX1 in B cells respectively by allelic specific pulldown assay, CHIP-qPCR, and EMSA-supershift assay.

Conclusion: Our unbiased high-throughput screening for SLE GWAS hits, followed by a step-wise validation leads to the identification of real functional regulatory SNPs that are capable of binding to transcriptional factors and regulate gene expression, which establish a working model to bridge the gap between SLE GWAS and disease mechanism. 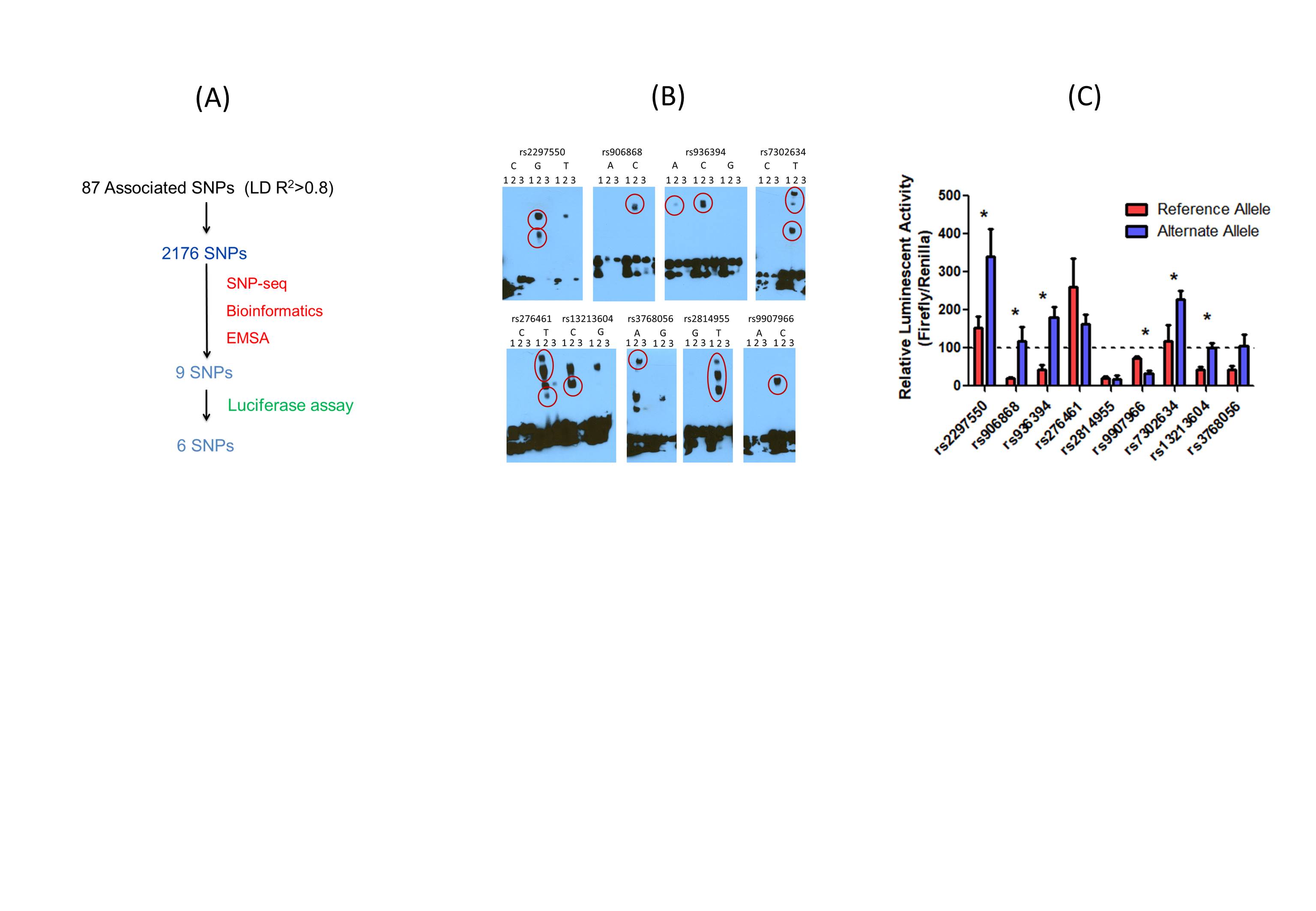