Background/Purpose: Polymyalgia rheumatica (PMR) is a common disease preferentially affecting elderly patients.  Characteristically, PMR involves large tendons and muscles around the hips and shoulders. While corticosteroids remain the mainstay of PMR therapy, IL-6 inhibitors have been shown to be effective alternatives to corticosteroids in PMR.  Recent work suggests that IL-6 levels in hip and shoulder regions of PMR patients are higher than circulating levels, thus suggesting local IL-6 production.   The factors stimulating IL-6 release in tendon and muscles of PMR patients are not well defined. An explanation of the strong association of PMR with age also remains unclear.   Adenosine levels are higher with age in some tissues. In myocardial tissue, for example, dysfunction of cellular adenosine transporters leads to accumulation of adenosine in the extracellular space.  While adenosine is often considered to be anti-inflammatory, extracellular adenosine increases IL-6 production in some connective tissue cells.  We sought to determine if elevated levels of adenosine promote IL-6 production in tenocytes, whether this is age-dependent, and whether levels of the adenosine transporter, equilibrative nucleoside transporter 1 (ENT1), vary with age.

Methods: Primary tenocytes were obtained from the patellar tendons of old (3-5 year old) and young (6 month old) pigs using digestion with collagenase.  Cells were plated at 4.5×105 cells/cm2 in DMEM with 10 % fetal calf serum and used within 5 days of culture.  After two days in culture, tenocytes were exposed to fresh DMEM with 0.35 % BSA with no additives (control) or 50 to 200 µM adenosine.  IL-6 levels were measured in the conditioned media with both Western blotting using IL-17 as a positive control and an IL-6 ELISA (R&D Systems) with dose and time response.  ENT1 levels were measured in the cell layer of young and old tenocytes using Western blotting and GAPDH as a loading control.

Conclusion: As tenocytes age, they may become increasingly responsive to adenosine leading to IL-6 production and an inflammatory response.  While levels of ENT1 protein are similar in old and young tenocytes, additional work will be necessary to determine whether there are differences in adenosine metabolism in old and young tendon.  Further studies of the pro-inflammatory effects of adenosine in older tissues may ultimately result in a better understanding of the pathways underlying the strong association of PMR with advanced age. 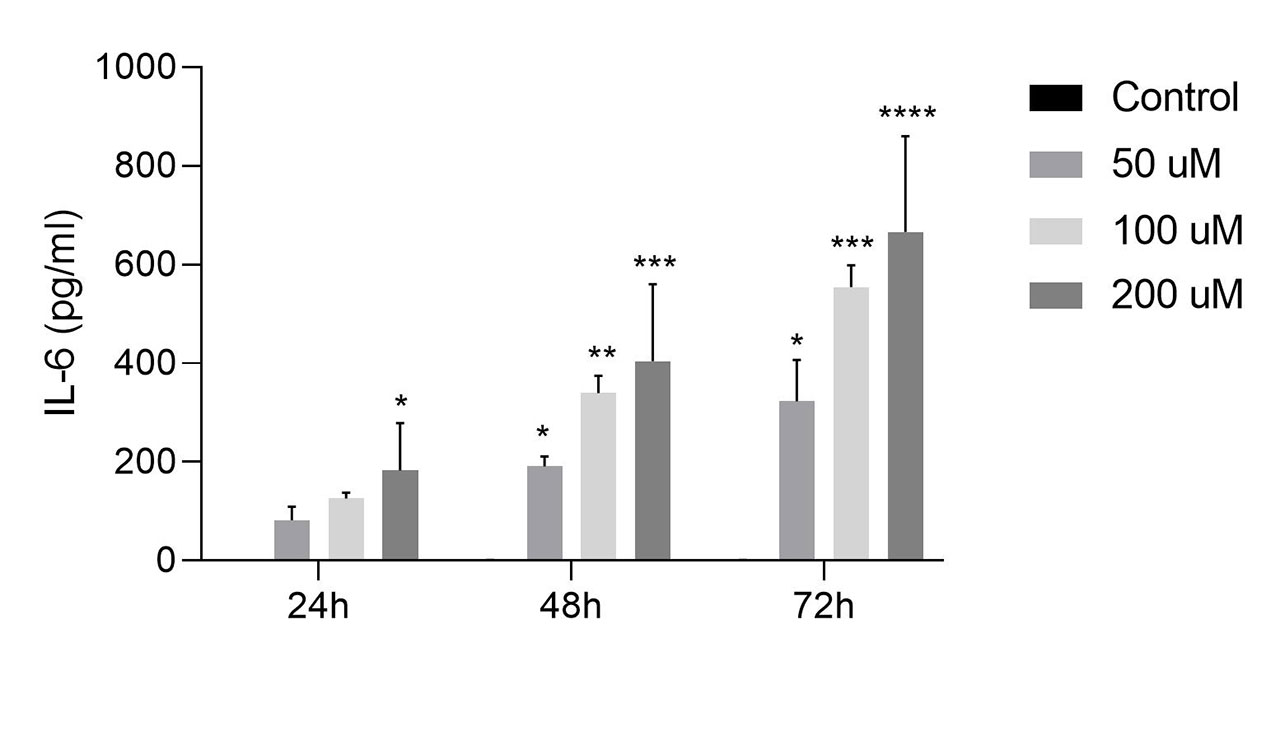 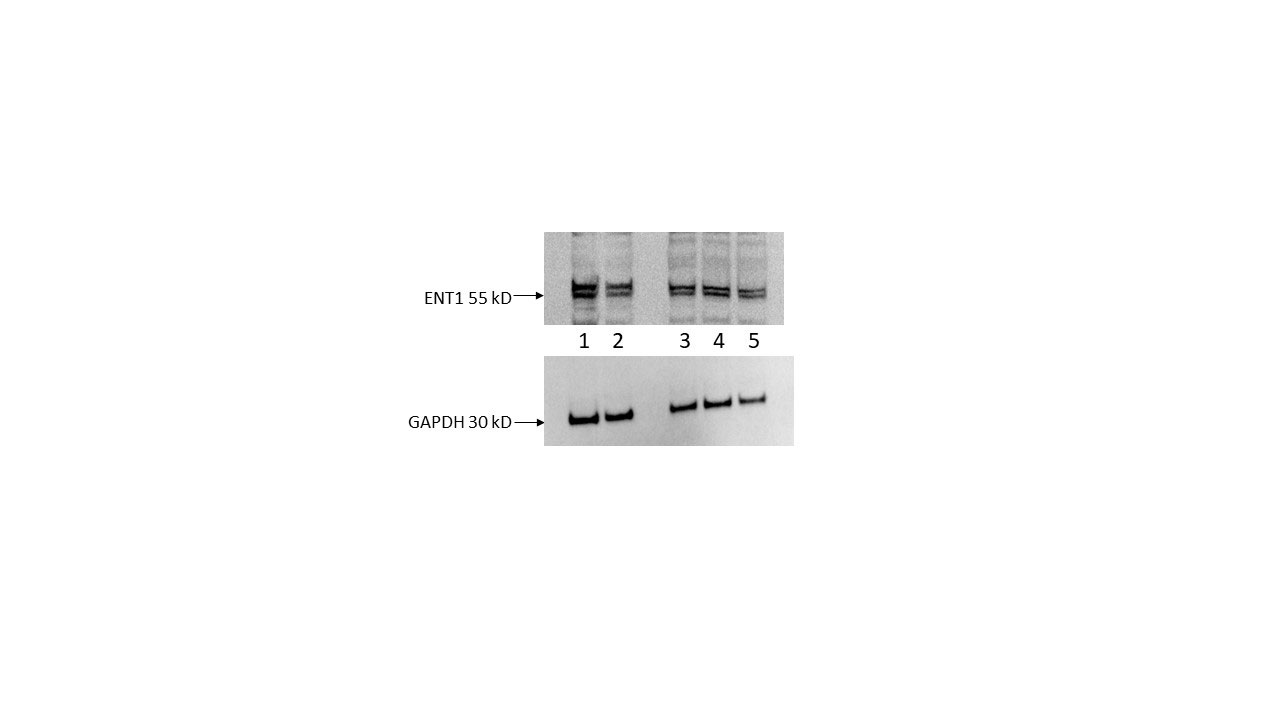 Figure 2. Levels of ENT1 in old and young chondrocytes. Two cultures of old and three cultures of young tenocytes were lysed with RIPA buffer, and similar quantities of protein were run on a 4-12 % Bis-Tris gel. Proteins were transferred to a nitrocellulose membrane and probed with ENT1 antibody. The loading control was GAPDH. There were no differences in the density of the ENT1 bands between old and young tenocytes. Lanes 1 and 2 are old tenocytes, Lanes 3,4 and 5 are young tenocytes.
Disclosure: C. Shah, None; T. Garvey, None; C. Gohr, None; E. Mitton-fitzgerald, None; A. Rosenthal, None.