Background/Purpose: Patients with rheumatoid arthritis (RA) are predisposed to impaired cardiac function and heart failure (HF). While the pathophysiology has not been fully elucidated yet, inflammation is suspected to play an important role. However, the impact of disease-modifying antirheumatic drugs on cardiac dysfunction in RA remains controversial. Although anti-inflammatory drugs might have protective effects, some of them, i.e. tumour necrosis factor inhibitors (anti-TNF), might also negatively influence cardiac function. Serum N-terminal pro-brain natriuretic peptide (s-NT-proBNP) is used as a biomarker of cardiac function, and levels ≤125 ng/L with high probability exclude HF1.

To examine effects of methotrexate (MTX) and anti-TNF regimens on s-NT-proBNP in patients with active RA, and to assess associations between s-NT-proBNP and endothelial function (EndoF).

Methods: From the observational PSARA study, we examined 64 RA patients starting with MTX monotherapy (n=34) or anti-TNF with MTX co-medication (n=30) due to active disease. All patients starting with anti-TNF regimens had been previously unsuccessfully treated with MTX. s-NT-proBNP (ELISA), EndoF (measured by finger plethysmography), and other laboratory and clinical parameters were evaluated at baseline and after 6 weeks and 6 months of treatment. 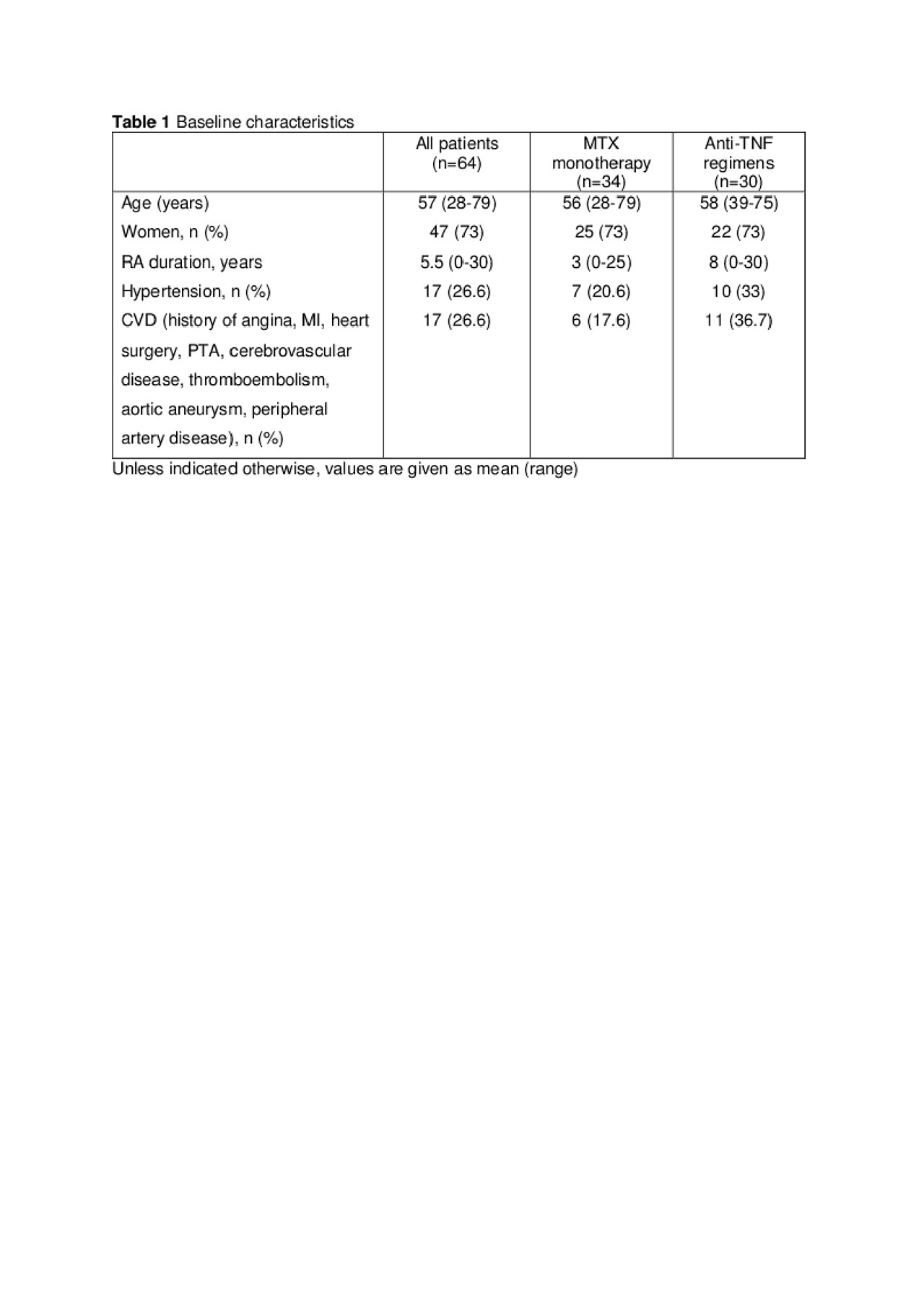