Background/Purpose: Previous studies using cluster analysis technique in axial spondyloarthritis (axSpA) patients have consistently identified distinct groups of patients in terms of their clinical characteristics: those with pure axial symptoms and those with a high frequency of peripheral manifestations. Due to the cross-sectional nature of these studies, however, prognostic information such as drug survival of anti-TNF agents in these group were not provided.

Methods: Clinical characteristics and demographic data of axSpA patients in KOBIO registry were analyzed using hierarchical clustering analysis. After clustering, drug survivals of anti-TNF agents were compared between these groups.

Conclusion: Cluster analysis of AS patients using anti-TNF agents classified two distinct groups of patients in terms of their clinical phenotypes and revealed that the patients with prominent extra-axial manifestations had lower drug survival with anti-TNF agents. 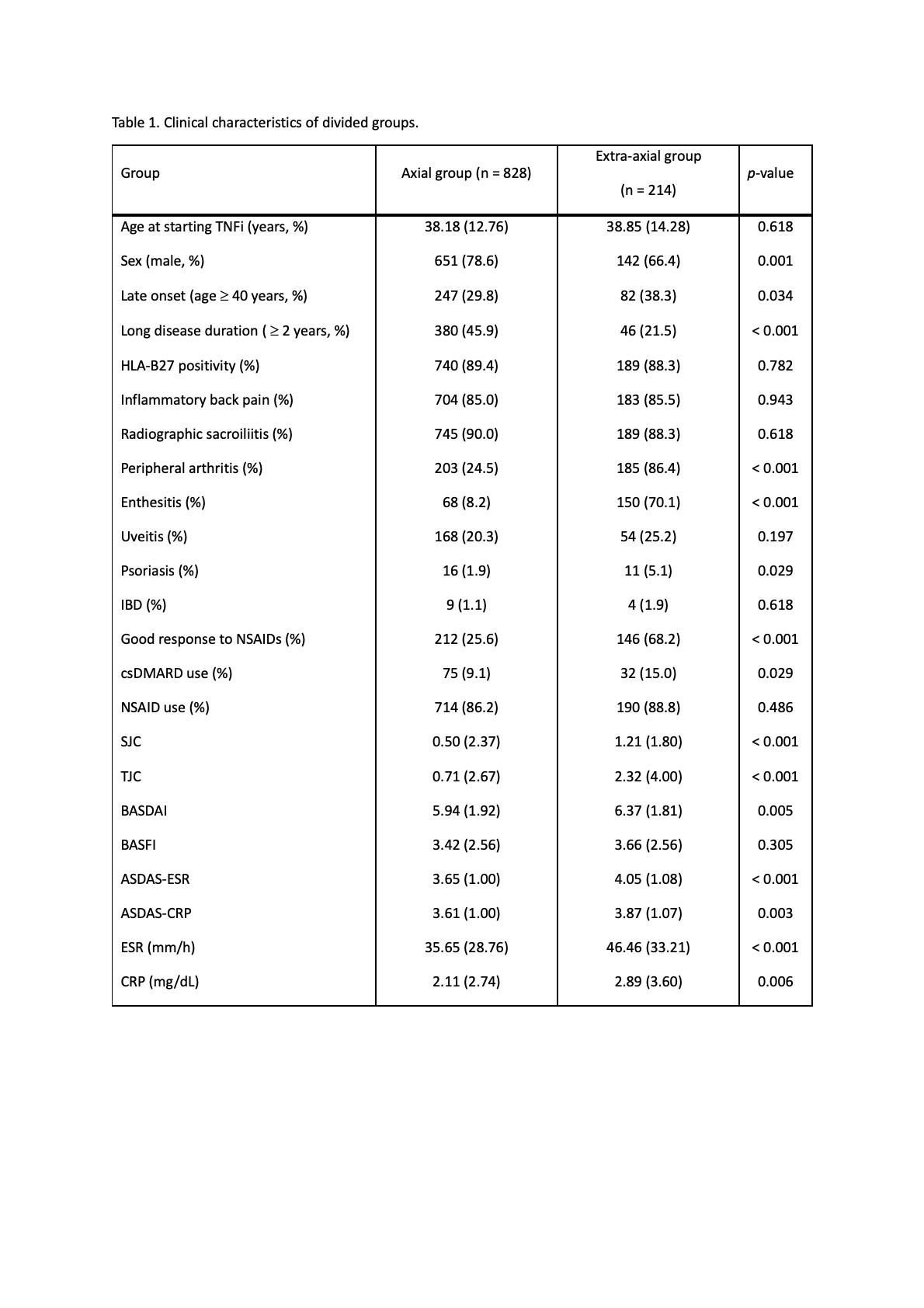